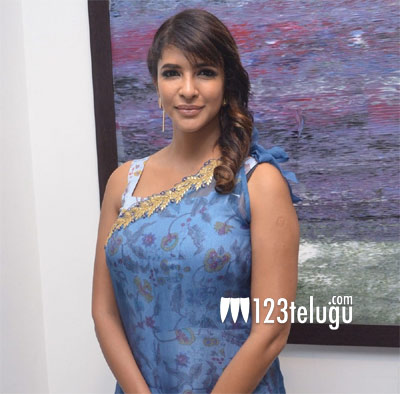 It’s been reported already that Lakshmi Manchu is back to acting and film production after a gap of nearly 2 and a half years since the release of her 2015 crime comedy, Dongaata. A debutant named Vijay Yelakanti is directing the movie.

This afternoon, Lakshmi took to Twitter and said that she will reveal the title of her upcoming film on the 15th January at 10 am. There were reports a few days ago that the film has been titled Veta, but we will have to wait for an official announcement.

Lakshmi Manchu is bankrolling the movie under Manchu Entertainment banner in association with People’s Media Group. Aadarsh Balakrishna and Samrat Reddy play important roles in the movie, which is touted as a revenge thriller.

News: I will release the title of my movie on sankranthi Jan 15th at 10am. Stay tuned my warriors. Need all the love. #peoplesmediagroup #manchuentertainment @Gsamratreddy @AadarshBKrishna