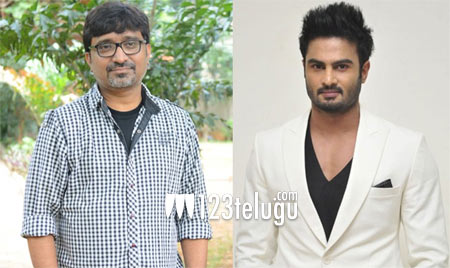 The title of Sudheer Babu’s upcoming film in Mohan Krishna Indraganti’s direction is going to be unveiled on February 22. This is the first time that the two have teamed up for a film and it has been produced by Sivalenka Krishna Prasad.

Most part of the film’s shooting has already been wrapped up, and recently Sudheer had also begun dubbing for his part. Although neither Sudheer Babu nor Indraganti have opened up about the film yet, both of them are thrilled about what they have been working on, and it is expected to be a memorable film in Sudheer Babu’s career.

Aditi Rao Hydari is the lead actress in this film and it also marks her debut in Telugu cinema. More details are awaited about the film.