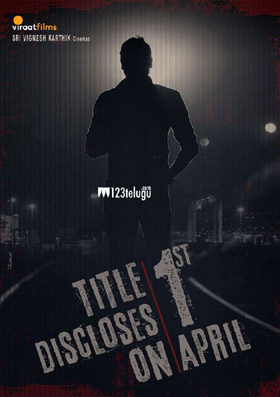 After garnering decent appreciation for his previous film, Malli Raava, hero Sumanth is currently working on a dark thriller. The film is being directed by a debutant named Anil Srikantam. Premam actress Anju Kurien is the leading lady in the movie.

Now, the latest update from the makers reveals that the film’s title will be out on April 1st. In the film, Sumanth will be seen as a photo journalist and his character will have negative shades. Viraat Films and Sri Vighnesh Karthik Cinemas banners are jointly producing the movie, which will hit the screens in summer.