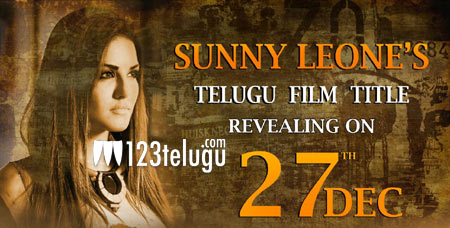 Few weeks ago, we had reported that Sunny Leone is all set to star in a period film which will be made in Telugu and Tamil. The film is currently in pre-production stage and in the meantime, the makers have announced that the film’s title in both Telugu and Tamil will be announced on December 27.

The film is going to be directed by Vadivudaiyan, who had made Sowcadpettai in the past, and it will be produced under Steeve’s Corner banner. Navdeep will also play a lead role in the film which will reportedly have 70 minutes of VFX. Sunny Leone will undergo extensive training to prepare for the action sequences.

Meanwhile, after she announced that she won’t be performing at a New Year’s eve party in Bangalore, Sunny Leone flew to London recently to celebrate Christmas.