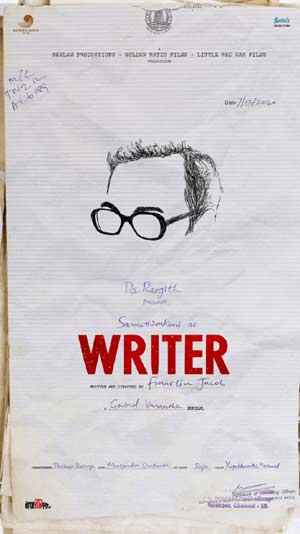 Director turned actor Samuthirakani is a familiar name in both Telugu and Tamil languages. Currently, he is doing a key role in Rajamouli’s prestigious project, RRR.

Meanwhile, this morning, an announcement poster of Samuthirakani’s new film was unveiled. Titled Writer, the first look poster has been generating a positive response from the moviegoers.

Kabali director Pa. Ranjith will be producing the movie. 96′ fame Govind Vasantha is the music composer.