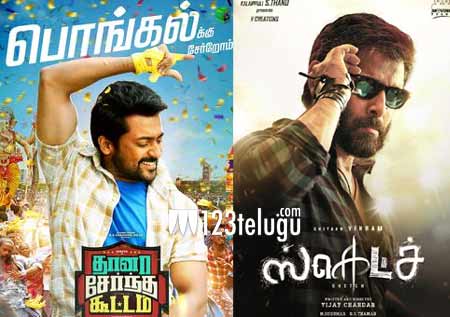 Ahead of Agnyaathavaasi’s release, the Andhra Pradesh and Telangana governments granted permission for one extra show per day, apart from the four regular shows, for a week. Now, the Tamil Nadu government has done the same.

The Tamil Nadu government today issued an order allowing theater owners across the state to hold one extra show from January 12 to 18, making it 5 shows per day for a week. Needless to say that this move will give a huge boost to the Tamil Pongal releases like Suriya’s Thaanaa Serndha Koottam, Vikram’s Sketch and Prabhu Deva-Hansika’s Gulebagavali.