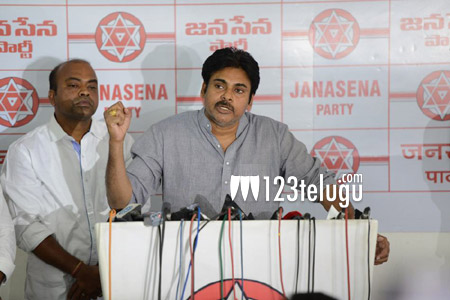 Film star and Janasena Party President Pawan Kalyan has always had immense respect towards the working class. On the eve of May Day, Pawan extended his wishes via an official press note on behalf of his party.

Pawan described May Day as the only event that is free from caste, creed, religion and regional differences and extended his wishes to the all the mothers at home and Jawaans at the border, and hoped that the day will bring happiness to all those who work tirelessly. 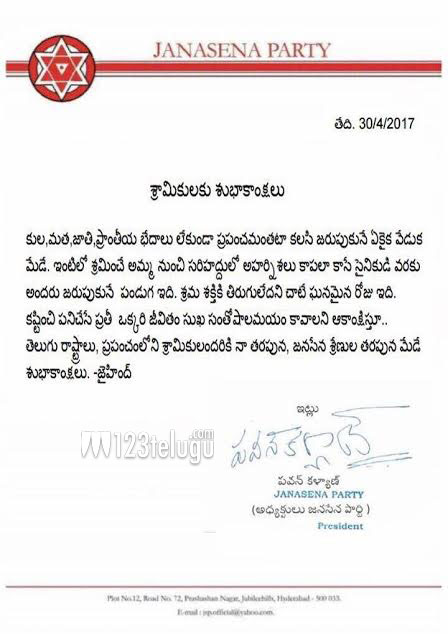