Tollywood banks on two mass heroes to pull crowds to theaters
Published on Oct 3, 2020 9:09 am IST 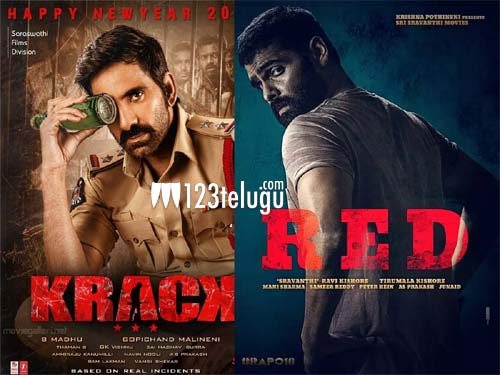 After being shut for nearly 7 months, the single screens and multiplexes across the country have been given permission to screen movies with a 50 percent seating capacity. Several Tollywood filmmakers, who did not succumb to the OTT deals and waited patiently, are now gearing up to release their films.

However, the apprehensions about going to cinemas and watching movies amid the pandemic are casting dark clouds over the fate of the upcoming theatrical releases. While exhibitors and filmmakers are hoping that crowds will throng cinemas after all these months, there is also a section of audience which is still unsure about taking the risk.

In this scenario, the Telugu film industry is banking heavily on Ravi Teja’s Krack and Ram’s Red and is hoping that both these mass heroes will succeed in pulling the crowds back to theaters in large numbers. The makers of both these mass action entertainers will be coming up with an official announcement in the coming days.