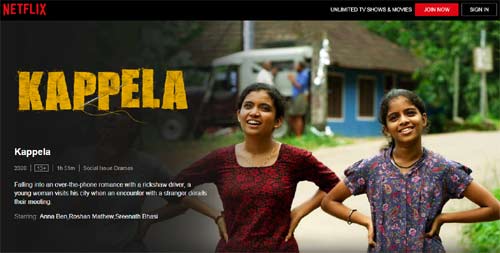 Kappela released in the first week of March and received unanimous positive reviews. The film is being discovered by film lovers across the country upon its Netflix premiere last week.