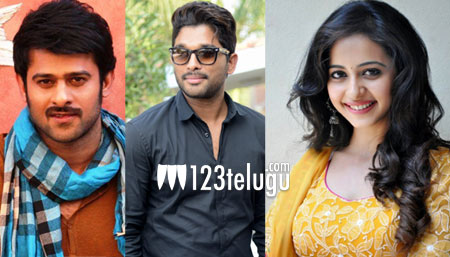 Gone are the days when most national magazines used to focus on only Bollywood celebrities. Of late, several top brands like GQ, Maxim have been focusing on South Indian actors too, and this year alone, three major Telugu stars have made a big and bold style statement on the cover pages of some of the most popular magazines in the country.

First among the lot was Prabhas who surprised everyone with a stunning cover shoot with GQ India magazine. The actor, who rarely poses for magazine shoots, made an exception for GQ and it became a big topic of discussion. Now, within a span of few days, Rakul Preet and Allu Arjun have posed for Maxim India magazine.

While Rakul surprised everyone with a bold photoshoot for Maxim, Allu Arjun too made a stylish first impression for Maxim Steed February edition. Now, it remains to be seen who else follows this trend in near future.