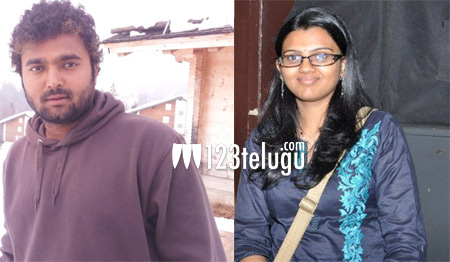 One of Tollywood’s most well known choreographers Raghu master and singer Pranavi will soon marry each other. They have been in a relationship for a while now. Anchor Jhansi revealed the surprising news last night at Naga Shaurya’s Abbayitho Ammayi audio launch.

Raghu master is well know for his choreography in films like Aarya 2, Mirchi, Jil and Akhil. Raghu also tried his hand at acting as he was supposed to make his debut last year in a movie. Pranavi is a well known playback singer who is a two time Nandi award winner. She Is popular for her songs in films like Happy Days, Yamadonga, Lion etc.

We wish them a happy married life.