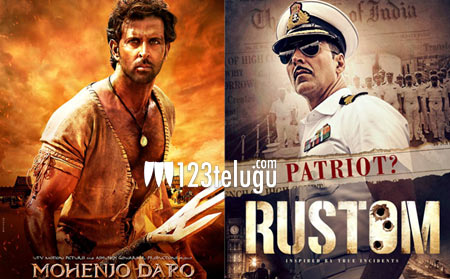 There are a host of films lined up for release this Independence day weekend as Venkatesh’s Babu Bangaram and Sai Dharam Tej’s Thikka are all set for a release. But looks like these films will face a tough competition in the form of some heavy duty Bollywood biggies which are also releasing tomorrow.

The much awaited Hrithik starrer, Mohenjodaro and Akshay Kumar’s Rustom are giving multiple choice to the audience at least in the A centres as of now. With all the films carrying a huge demand, it will be very interesting to see how the Telugu releases fare.