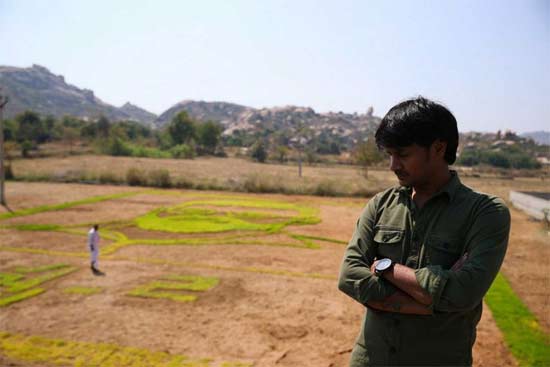 In general, heroes, heroines and of course politicians have diehard fans. But, Suvixit is a hardcore fan of the creative director, Sukumar, well known for blockbuster movies like Arya, Rangasthalam and Pushpa: The Rise.

Suvixith, who is playing a hero in the Telugu film titled Dooradarshini, has turned his farmland as a canvas and farmed paddy in the shape of Sukumar. Happened at Boreddigari Palli village in Cuddapah, the natural artwork has been grabbing the attention of many people. Suvixith revealed that it took him around 50 days to create this wonder.

He released the pics of the field using drones and also wrote a special song for the director. Suvixith has also expressed his love for the Pushpa franchise, impressing Allu Arjun’s fans too.

On watching Suvixith’s hard work and his unconditional love towards him, Sukumar was shocked and felt so happy for the person’s fanism. The pics of the farmland have been going viral on the internet now. 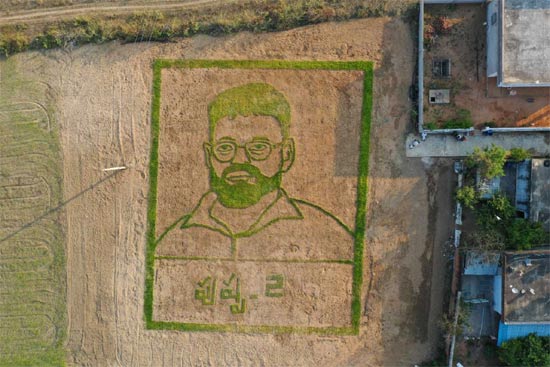