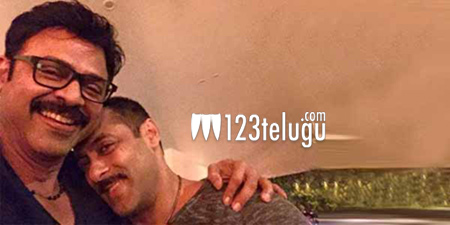 Continuing with the various accolades that are pouring in for Salman Khan’s Sultan, yet another star hero who has appreciated the film big time is none other than our own Tollywood star Venkatesh.

Venky, who shares a very close relation with Salman took to his Face book page and lauded Salman for his efforts. “Saw Sultan.. Salman was outstanding and film was fantabulous.. Congratulations Salman” posted Venky.

Sultan has been winning huge appreciation all over and recently, even Tamil super star, Dhanush lauded Salman and Anushka for their splendid performances. Sultan, which is in its second week has already collected over 260 crores and is still going super strong.