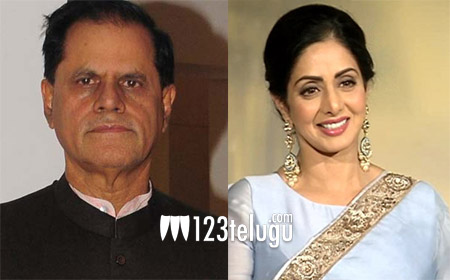 Sridevi’s demise left everyone in a lot of distress. The Telugu film industry was also in a lot of pain as Sridevi was one of the top stars in the 90’s and gave some magical hits.

As a mark of respect, noted producer and politician, Subbirami Reddy is organizing a condolence meet on the 4th of this month in the Park Hyatt hotel, Hyderabad.

The entire film industry along with the likes of Chiranjeevi, Nagarjuna, Venkatesh, Balakrishna, Mohan Babu, NTR, star heroines, and directors will be attending this meet to pay their due respects to Sridevi.

The star actress passed away due to accidental drowning in Dubai on the 24th of this month. The entire country gave her a fitting tribute by attending her funeral in large numbers