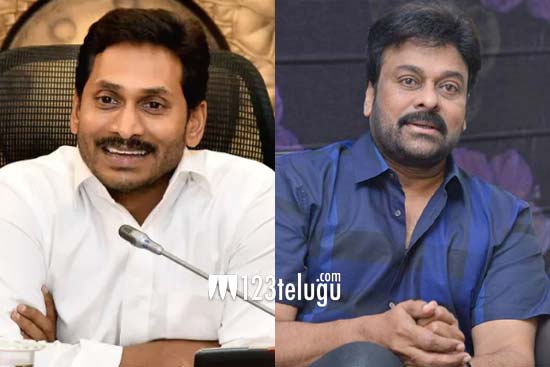 It is known that Tollywood star Chiranjeevi had received an invitation from Andhra Pradesh Chief Minister YS Jagan Mohan Reddy to discuss the various issues that are plaguing Telugu film industry amid the pandemic and lockdown. Chiru and several Tollywood celebs had met at Chiru’s residence earlier this month and discussed the issues to be brought to the CM’s notice.

Although the meeting was scheduled to take place in August end, Jagan’s ongoing Shimla tour has delayed it slightly. The latest reports reveal that a team of TFI bigwigs led by Chiru will be meeting Jagan in September first week. Flexible ticket pricing and implementation of the previous promises will be prominently discussed in the upcoming meeting.

The future of several noted movies’ release dates are dependent on this crucial meeting. Movie lovers, the film industry and trade circles will be keenly awaiting the outcome of the meeting.