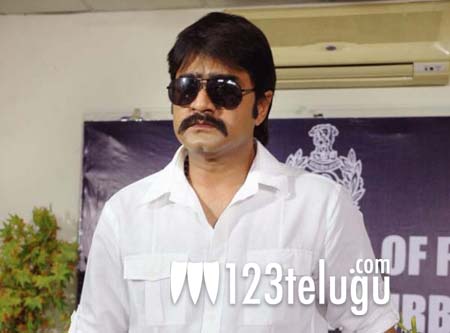 Ask anyone in the movie industry about hero Srikanth and chances are you will hear something positive. His humble nature and easy going attitude landed him roles with major stars such as Chiranjeevi, Balakrishna, Nagarjuna and Venkatesh. He has appeared in many characters that have appealed to family movie goers, couples and the masses alike. Perhaps this is why he has reached the milestone of 100 movies without too much hassle.

Tollywood’s Mr. Nice Guy will soon be seen as a police officer in Victory Venkatesh’s upcoming movie ‘Shadow’. He also has his solo film ‘Lucky’ lined up for release tomorrow. The movie is crucial for Srikanth as he has been going through a lean patch lately with his solo films.

Let us hope Srikanth continues to work in many more movies to come.