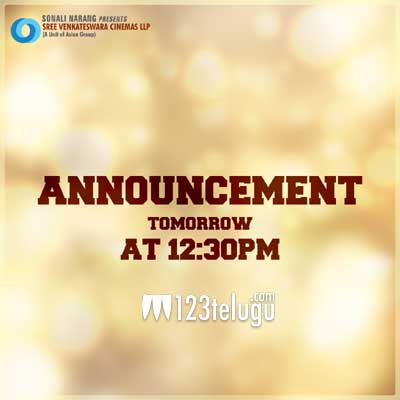 Noted distribution and production house Sri Venkateswara Cinemas is currently bankrolling Sekhar Kammula”s Love Story which features Naga Chaitanya and Sai Pallavi. Impressed by Sekhar’s work, Narayan Das Narang, the producer at SVCLLP, has signed on the director for his next project.

This evening, SVCLLP’s Twitter handle tweeted that a special announcement will be made at 12:30 pm tomorrow. Even though it’s not clear what the announcement would be about, the buzz is that the production house is going to make a formal announcement about Sekhar’s project. A star hero will be acting in the film. Stay tuned for further details.