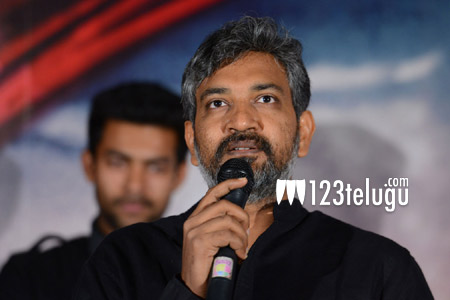 It is a known fact that genius director S S Rajamouli launched the theatrical trailer of Varun Tej’s Kanche today. Speaking at the launch, Rajamouli revealed that he is very impressed with Varun’s choice of films and also added that the young actors looks stunning in the film.

Adding further, the ace director also suggested the young hero to keep doing interesting films and come up in his career on his own. Ever since the trailer has gone live, praises have been heaved heavily on Krish and the way the film has been shot in a stunning way.

Kanche is set amidst the backdrop of world war 2 and has Pragya Jaiswal as the female lead.