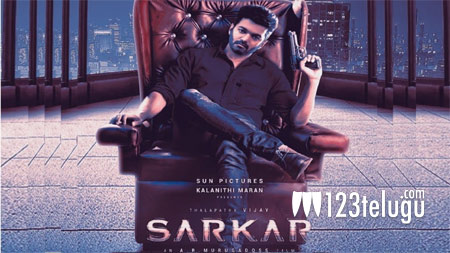 Now that the release date of Sarkar is nearing soon, the makers have speeded up the promotions in a big way. There is a decent buzz for the film and the Telugu rights have been sold for close to 7 crores which are huge for Vijay’s market in Telugu.

So, the film needs to get a solid start at the box office. The trailers are caught on quite well and there is a decent buzz for the film in the A centers but the situation in B and C is a bit dull.

Seeing all this, Sarkar has a task cut out to open big and get into the safe zone. Keerthy Suresh plays the female lead in this film which has been directed by Murugadoss.