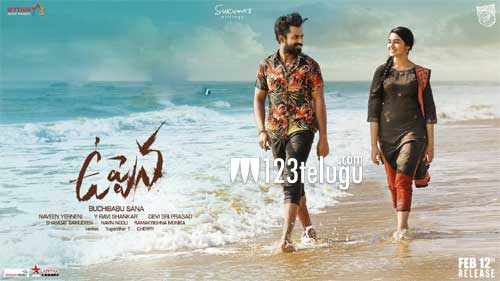 Uppena is a film that has created solid hype from the time the songs were released. The film is up for a release tomorrow in a big way and is opening on multiple screens which are a first for the debutante mega hero Vaishnav Tej.

Things have not been the same as the crowds are not turning up much to the theatres. But 30 Rojullo Preminchadam Ela and Zombie Reddy got good openings during their opening weekends.

The trade is also expecting the same and is of the opinion that Uppena will also take solid openings in all its centers. If the talk is good, things are going to the next level. So, let’s see if the film will live up to the hype or not.