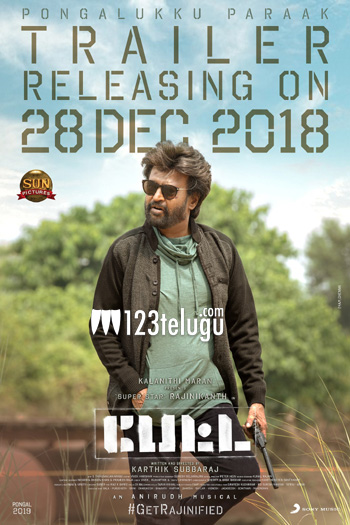 Super Star Rajinikanth’s upcoming action entertainer, Petta, is slated to hit screens on January 10, as a Sankranthi treat for fans. There have been a lot of expectations on the film’s theatrical trailer.

And the latest update from the makers reveals that Petta’s trailer will be launched on December 28. The Thalaivar’s dual roles in the film will be a treat for fans. Trisha and Simran are the film’s leading ladies. Vijay Sethupathi essays the chief antagonist’s role in the movie.