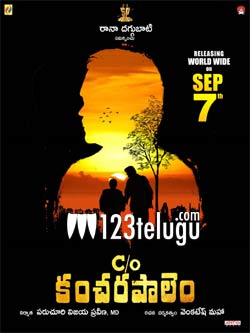 Rana Daggubati will soon be presenting the much-talked-about indie film, C/O Kancharapalem. The film is slated for release on September 7. The film has been getting a unanimous positive response from movie afficionados at special private screenings.

The latest update is that C/O Kancharapalem’s theatrical trailer will be unveiled on August 15. The film is directed by Venkatesh Maha and produced by Dr Paruchuri Vijaya Praveena. C/O Kancharapalem is entirely shot in a Kancharapalem, Vizag. The film had received accolades at its world premiere at the New York Indian Film Festival in summer.