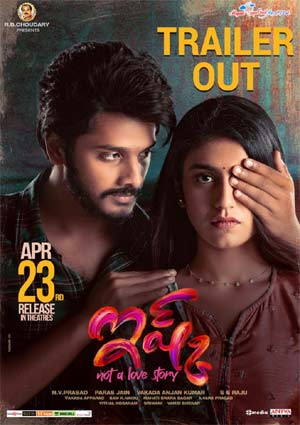 Young actors Teja Sajja and Priya Prakash Varrier will soon be seen in a romantic drama titled Ishq. The film is an official remake of the Malayalam hit with the same title. Ishq is gearing up for release on April 23 and the makers released the film’s theatrical trailer just a while ago.

What starts off as a breezy love story quickly turns into an intense thriller on a fateful night. How the lead couple’s lives overturn during a car drive will form the main crux of the story. SS Raju has directed the movie, which mrks the comeback of prestigious production house Megaa Super Good Films. NV Prasad, Paras Jain and Vakada Anjan Kumar. RB Choudary are presenting the movie. Mahathi Swara Sagar is the film’s music composer.