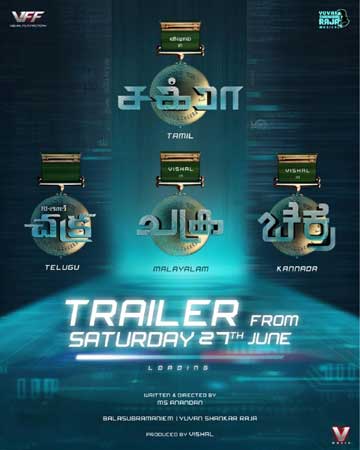 The makers of hero Vishal’s upcoming action thriller, Chakra, released an intriguing teaser a couple of days ago. This raised expectations on the film’s theatrical trailer. Chakra’s story is set in the backdrop of cyber hacking and bank heist.

As per the latest update, Chakra’s trailer will be out on June 27 in all the four major South Indian languages. Shraddha Srinath and Regina Cassandra are the film’s leading ladies and MS Anandan is the director. Vishal himself has produced the film under his Vishal Film Factory banner.