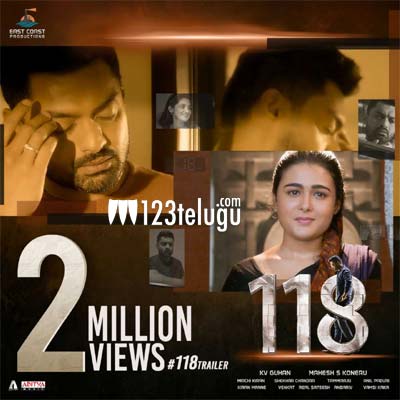 Yesterday, the trailer of Kalyan Ram’s 118 was released all over with some good response coming in from the social media. The trailer has clocked 2 million views which is quite impressive for a Kalyan Ram film.

The murder mystery has some good star cast and the visuals in the film look arresting. The team has started promoting the film on an aggressive note as the film is gearing up for a release on the 1st of March.

Guhan directs this thriller which is being produced by Mahesh Koneru.