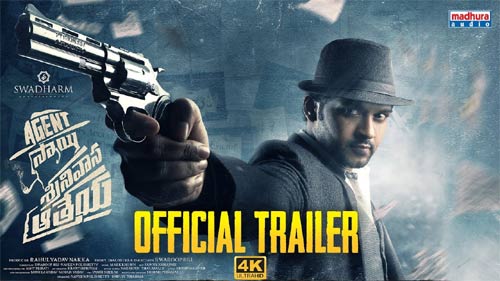 Tollywood is churning out some decent thrillers in the past few years. Some of them have been big hits and some faded away. Now, a new movie named Agent Sai Srinivas Athreya is making a good noise with its posters and teasers.

The trailer of the film was finally released today and by the first look of it, things look pretty decent for the film. The film is about a small town detective played by Naveen Polishetty who gets involved in a big case.

The visuals are gripping and the plot has been set up well. Also, the visuals are neat with decent narration in the trailer. There is some fun generated through hero’s role and Naveen looks promising in his character.

For now, the trailer has created a decent interest and we need to see if the same happens with the film as well. Agent Sai Srinavasa Athreya is directed by Swaroop RSJ and has been produced by Rahul Yadav Nakka.