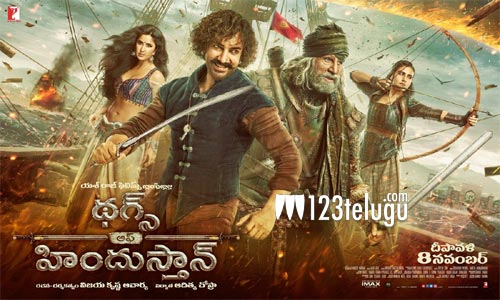 The trailer of Aamir Khan’s Thugs of Hindostan was released yesterday to much hype all over the world. The reactions have been good and within just 24 hours, the film’s Hindi trailer has clocked 27 million digital views.

This clearly shows how much the audience was waiting for the film which has been made on a budget of over 150 crores. The combination of Amitabh Bachchan and Aamir Khan is coming out for the first time and there are massive expectations on this film which is being directed by Vijay Krishna Acharya.

Thugs of Hindostan is also releasing in Tamil and Telugu during the festival of Diwali.