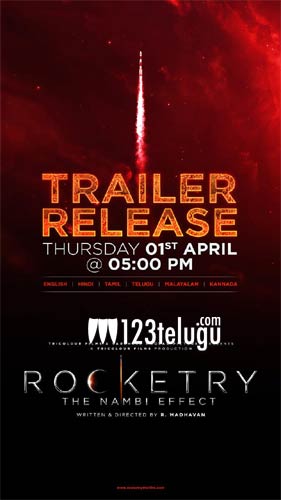 It is a known fact that star hero, Madhavan will be essaying the lead role in Rocketry – The Nambi Effect, a biopic on popular ISRO scientist Nambi Narayanan. The film’s shooting is in the last leg and is being made as a Tamil, Hindi, and English trilingual.

The latest update is that this much-awaited film’s trailer will be out on April 1st. Rocketry also marks Madhavan’s directorial debut in films and the update is that he has done a solid job with the film.

The news is that Shahrukh Khan has also done a cameo in this film. Nambi Narayanan was accused of espionage in the early years of his service. We need to see how this will be showcased in the trailer.