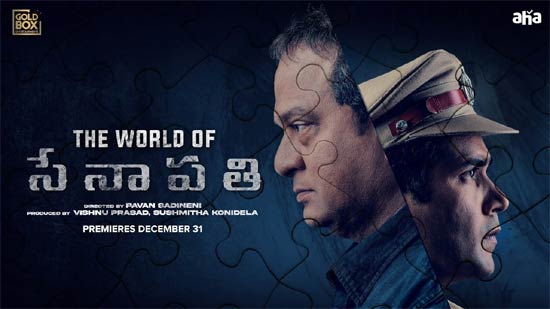 Veteran actor,r Rajendra Prasad makes his OTT debut with Senapathi, which is all set to release on December 31 on Aha.

Today, the makers have released the trailer The World of Senapathi. The video is so gripping and showcases the brutality of Krishna Murthy, played by Rajendra Prasad. He looks amazing in his new look.

Filled with violence and action, the trailer also revealed Naresh Agastya in a serious cop role, who is after Krishna Murthy.

Produced by Sushmita Konidela and Vishnu Prasad under Gold Box Entertainments, this trailer has impressed one and all.