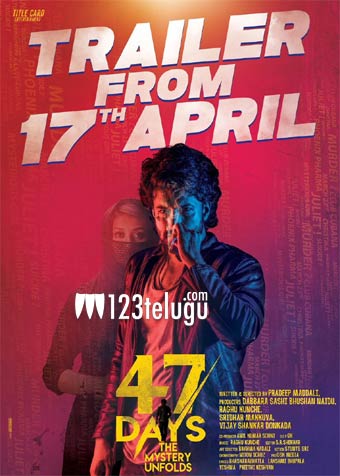 Satya Dev faced a bit of a disappointment with his film Bluff Master. But now, he is back with another film called 47 Days. The latest we hear is that the trailer of the film will be out on the 17th of April.

Touted to be a mystery thriller, this film is being directed by Pradeep Maddali. Satya will be seen in an interesting role in this film which is being produced by Kunche Raghu.

The post-production of the film is being done in Mumbai. Watch out this space for more updates on this project.