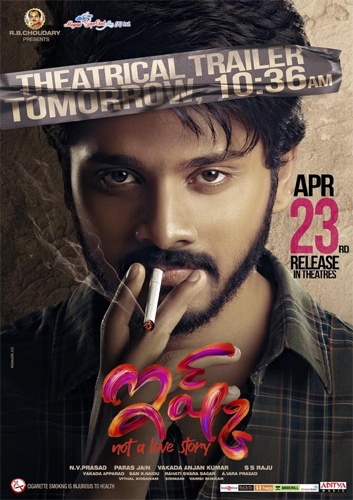 It is a known fact that Teja Sajja is doing a film called Ishq which is the official remake of the Malayalam hit with the same name. The film will be out on the 23rd of this month and the makers have started promotions.

The update now is that the trailer of the film will be out tomorrow at 10 30 AM. Teja Sajja is doing a lead role and he has been cast opposite Priya Varrier.

The film which starts of as a love story ends as a thriller. The original version was well appreciated in the Malayalam film circles. In Telugu, we need to see how well the Telugu director has adapted this film.