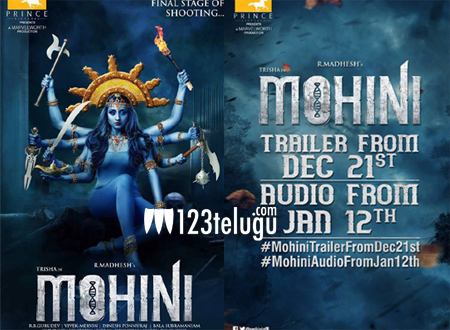 Star heroine Trisha, who recently completed 15 years in movies, will next be seen in a female-centric horror thriller titled Mohini. The makers announced that the film’s theatrical trailer will be released on December 21 and the audio album will be out on January 12.

Mohini was shot extensively in London and Bangkok. The film will feature a lot of high-end visual effects. Trisha had performed several risky stunts without using a body double in some of the action sequences. She will be seen as a chef in the movie.

Mohini is being directed by R Madhesh and produced by S Lakshman Kumar. The film will open in cinemas early next year.