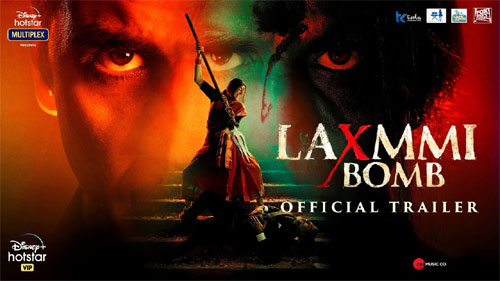 Laxmmi Bomb is one of the most awaited films this year. As the theatres were under lockdown, the makers sold the film to Disney Hostar and will have a November 9th release along with the big screens.

The trailer is out and within no time, it is trending on Youtube. Akshay Kumar is in his elements with this film which is the remake of Lawrence Kanchana. The trailer has emotions, comedy, horror, and thrills in equal proportions.

Akshay Kumar is the star who is leading the show with his hilarious screen presence in varied roles. The trailer has been packed with a lot of fun that suits the B and C center audience.

As Lawrence knows the pulse of the audience, he has kept things quite funny and over the top. For now, the trailer is getting a good talk and we need to see how the audience will receive this film on the small screen.