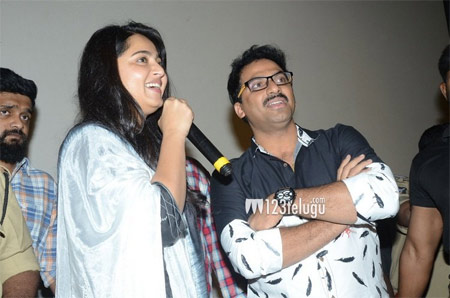 Now that the film has been declared a huge hit, the team of Bhaagmathie is quite happy and is thanking the audience with a promotional tour to various theatres in the state of Andhra.

The latest we hear is that Anushka is getting a tremendous response from the crowds as there is a huge turnout to the theatres. There is a lot of women folk which is turning out to the theatres to personally get a glimpse of Anushka.

The film is already in profit zone and with Anushka’s presence at the theatres, things look even more positive for the makers.