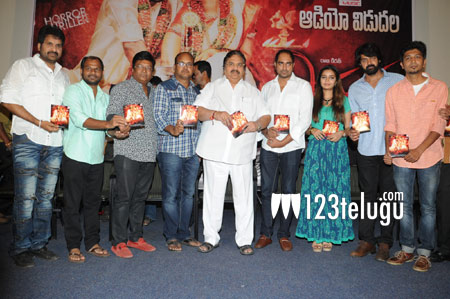 Actress Swathi Reddy, is busy promoting her female-oriented film Tripura. The audio was launched by Dasari Narayana Rao yesterday and speaking at the occasion, the legendary director said that he is confident about the film’s output and also added that the film will open huge because of the positive vibe it is carrying.

The film will simultaneously release in Tamil with the title Tripura Sundari. Actor Naveen Chandra will appear in a special role in this flick which is being directed by Raj Kiran. Kona Venkat has penned the script for this movie.