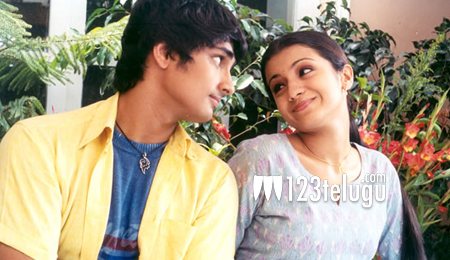 Actress Trisha Krishna is on a signing spree these days. Off late, she has been flooded with a flurry of offers in Tamil. Currently, she has 4 projects up her sleeve.Recently, on the eve of her birthday, she confirmed that she will be playing the lead actress role in Aranmanai-2. This flick will be directed by Sundar C and it is a sequel to the 2014 super hit comedy Aranmanai. Siddharth will be seen in the lead role in this flick.

Earlier, Hansika was considered for this role. But the makers have zeroed in on Trisha and this sequel also has few other actors who appeared in its first version.The regular shooting will commence sometime soon. This is the third time Trisha will be seen sharing screen with Siddharth. Earlier, they appeared in Yuva and Nuvvosthanate Nenoddantana.