Trisha impresses in a traditional avatar in Petta
Published on Dec 9, 2018 5:34 pm IST 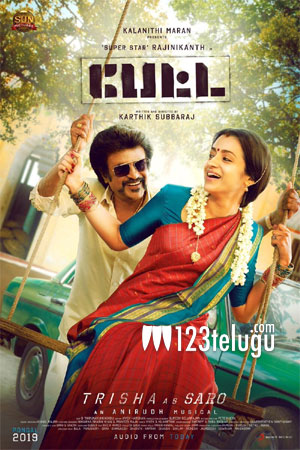 Trisha has finally ticked her long time dream of working with Superstar Rajinikanth, thanks to Karthik Subbaraj’s upcoming film Petta. The actress will be seen in a traditional avatar in the film, and the makers finally revealed her look today. Trisha will be playing a character named Saro.

After impressing everyone with her performance in 96, it wouldn’t be surprising if she springs a big surprise in Petta too. Moreover, Karthik Subbaraj is known for writing strong female characters. It will be interesting to see what role Trisha plays in this film which also stars Simran and Nawazuddin Siddiqui in important roles.

Expressing her excitement about being part of Superstar’s film, Trisha took to Twitter saying that it was her dream come true to team up with Rajinikanth.

My dream come true to be pairing with the one and only SUPERSTAR 🤘🏻
It is with pride and happiness I present…#Petta #Saro #Thalaivar😎 pic.twitter.com/ZIrm9foTkw