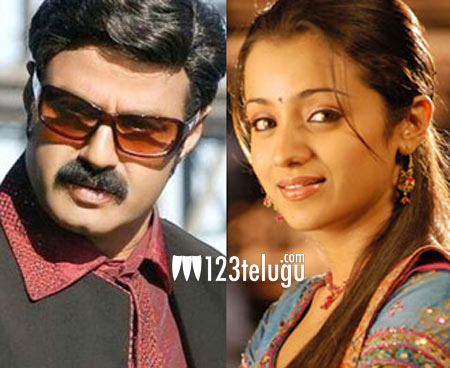 Nandamuri Balakrishna is currently enjoying the success of his win in the recently concluded 2014 elections. As per the latest info, the makers of Balayya’s untitled next with debutant Satya Deva are planning to rope in Trisha as the female lead.

Though an official announcement is still awaited, Trisha has been almost zeroed in for the role. Mani Sharma is scoring the music for this romantic entertainer.

Produced by SLV Productions, this film is being planned for a launch on June 10th which is Balayya’s birthday. 2014 surely has been lucky for Balakrishna both politically and in films.