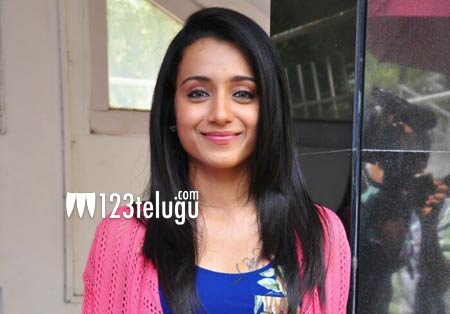 After a long gap, Trisha has finally signed a film and interestingly, it’s going to mark her debut in Kannada cinema. The actress is going to pair up with Puneeth Rajkumar, one of the biggest stars in Kannada, for the official remake of Mahesh Babu’s Dookudu. Trisha will reprise Samantha’s role in this action comedy.

Anil Sunkara, Gopichand and Ram Achanta, who produced Dookudu under 14 Reels Entertainment, are producing the Kannada version as well and they are entering the Kannada film industry in a big way. Madesh is directing this untitled film. Currently, the film is being shot in a town named Sandur, near Bellary. “Great start on Kannada territory..Lovin d warmth n love…Such well behaved n receptive people…” Trisha posted on Twitter.

Apart from this film, Trisha will soon be seen in a romantic comedy titled Endrendrum Punnagai, which will release on December 20 and another action film titled RUM.