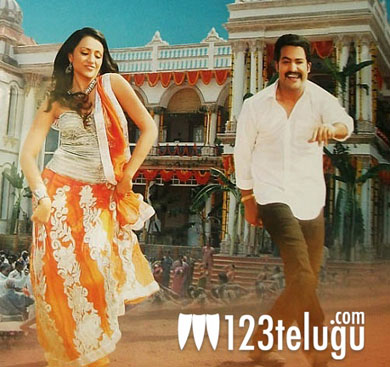 Trisha needs no introduction in the Telugu Film Industry. She has been around for a while now and has some blockbuster films to her credit. But off late, she has been having a lackluster innings and she is looking to change all that with her upcoming film ‘Dhammu’, opposite Young Tiger NTR.

‘Dhammu’ is an out and out commercial entertainer which is carrying very good reports in the industry and Trisha is banking on the film to get her back into the limelight. Sources say she has worked extremely hard for the movie and has put in special efforts for dances as well. The movie is being directed by Boyapati Sreenu and he gave a similar boost to Nayanatara’s career with the film ‘Simha’. Trisha will be seen along with another heroine,Kartheeka, in this film. Dhammu is scheduled for release this April.