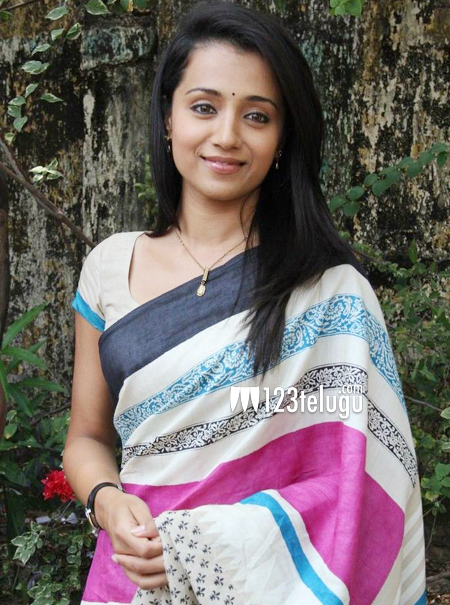 Trisha, the reigning queen of south Indian cinema, broke the hearts of millions of her fans when she got engaged to entrepreneur and film producer Varun Manian last week. The actress took some days off her busy shooting schedules to take part in her engagement celebrations. Now, Trisha resumed shooting for her latest Telugu film ‘Lion’, starring Nandamuri Balakrishna.

The film’s shooting will resume today on the outskirts of Hyderabad and few crucial action sequences will be canned under the supervision of action choreographers Ram-Laxman. Trisha will be shooting along with the film’s hero Balakrishna, Prakashraj, Jayasudha and other principle cast of the film. The shooting is expected to continue for a week.

Directed by debutant Sathya Deva, ‘Lion’ is being produced by senior producer Rudrapati Ramanarao. The makers are planning to release the film in the third week of March.