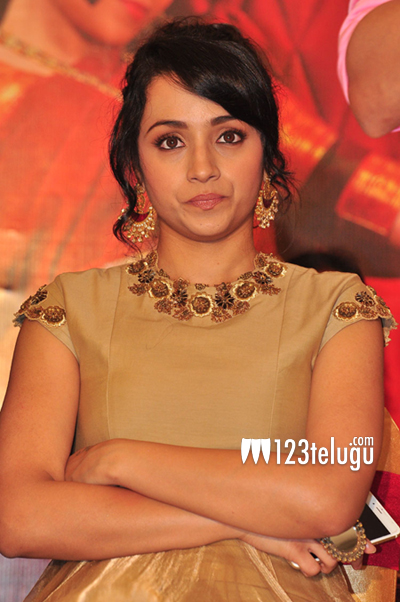 Just few days back, we had reported that ravishing beauty Trisha will be making her singing debut with her upcoming horror-comedy flick Nayaki. Now, the latest reports reveal that she will be singing a three-minute promo song in the film.

The first look posters in which Trisha was seen sporting a traditional attire has created ripples all over, and has become the talk of the town.

Recently, the film completed its first schedule and currently the second schedule of the shoot is on. Directed by Govi, Nayaki will have Ganesh Venkatraman playing the male lead while Jayaprakash, Manobala, Kovai Sarala and Bramanandham will also be seen in crucial roles. Raghu Kunche is the music director.