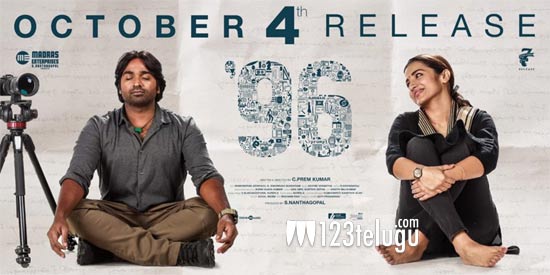 The much-awaited romantic film of the season, ’96, starring Trisha and Vijay Sethupathi, has earned glowing reviews from critics. The film was screened earlier today to a select few people from Kollywood media, and it has been unanimously hailed as one of the best romantic films in Tamil in recent years.

The film revolves around two highschool sweethearts – Ram and Janani – from the batch of 1996, and what happens when they meet each other after a long gap. The critics have been raving about the outstanding performances delivered by the lead actors, and Prem Kumar’s direction.

With the film slated for release on October 4, it remains to be seen how it is going to be received by the audience in general. Meanwhile, there are rumours that the film might be remade in Telugu; however, a formal announcement is yet to be made.