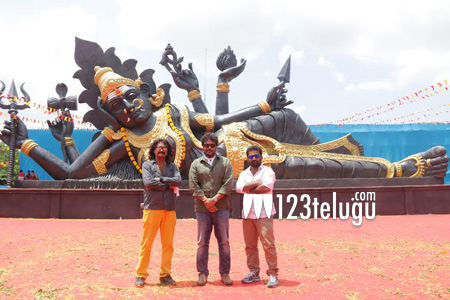 The Trisha, Hansika and Siddharth starrer upcoming horror-comedy, Aaranmanai 2, created an Asian record as the makers of the film built a giant 103 feet long ‘Amman’ idol for the film’s climax song. The idol, one of the highlights of this film, will soon enter the Limca Book of Records.

Aaranmanai 2 is a sequel to its successful predecessor, Aaranmanai (Chandrakala in Telugu).