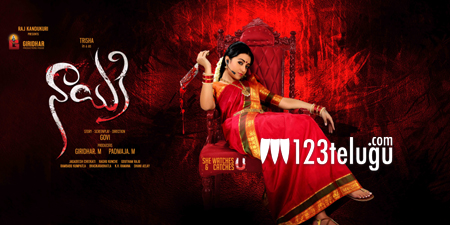 It is already known that Trisha Krishnan will soon be seen in a woman oriented bilingual film Nayaki. The various first look posters which was released recently have created a huge buzz among the film circles.

The stills of Trisha in a quirky avatar with a axe in her hand have raised the curiosity levels for the film. Directed by Govi Goverdhan, Nayaki is a horror comedy which is being shot simultaneously in Telugu and Tamil.

Tollywood composer Raghu Kunche is scoring the music for the film.