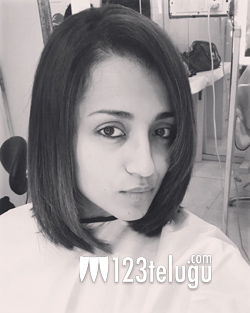 Trisha’s dream came true when she was recently roped in to play the heroine in Rajinikanth’s upcoming film in the direction of Karthick Subbaraj. The shooting is underway and Trisha will soon join the sets of the film.

Yesterday, Trisha posted a picture of her getting a haircut which got a positive response from the social media. Now, the latest we hear is that Trisha’s look is for the same Rajini’s film which she is a part of now.

Sun Pictures is producing this film which has music by Anirudh. Some of the top stars in the industry are playing crucial roles in the film.