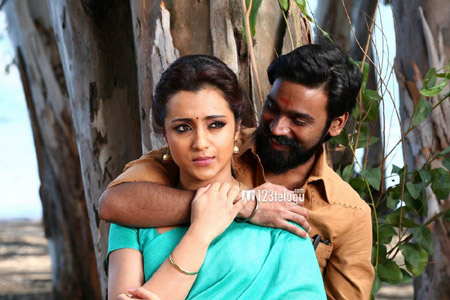 It is a known fact that Dhaush’s Kodi is all set to release in Telugu as Dharma Yogi.. Trisha plays one of the female leads in the film and the latest update is that she has a negative role in the film.

Going into details, this film will showcase Trisha’s role with full of negative shades and the star actress was not at all convinced to say yes to the part. Only after clear instructions and detailing from the makers, she decided to play the part.

This is the first time that Trisha is playing a part in her 17 year long career.