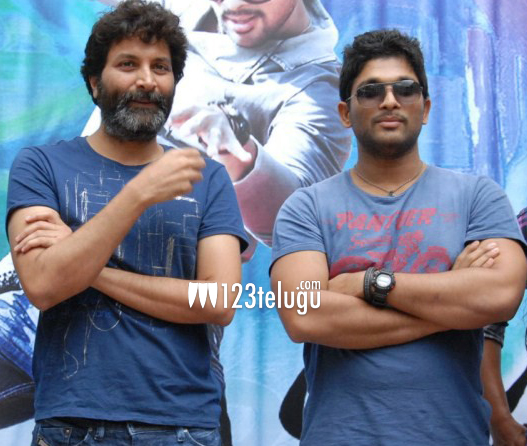 Director Trivikram scored an industry hit with ‘Atharintiki Daaredhi’ . After the success of this movie, there has been intense speculation about Trivikram’s next project. But the director has maintained silence over this issue.

Now, some media reports are emerging about a possible alliance between Trivikram and Stylish Star Allu Arjun. The same reports suggest that regular shooting could begin in January. This news has not been confirmed officially.

Trivikram and Allu Arjun teamed up for the commercially successful ‘Julayi’. We will bring you more details about this project as and when they become available folks.