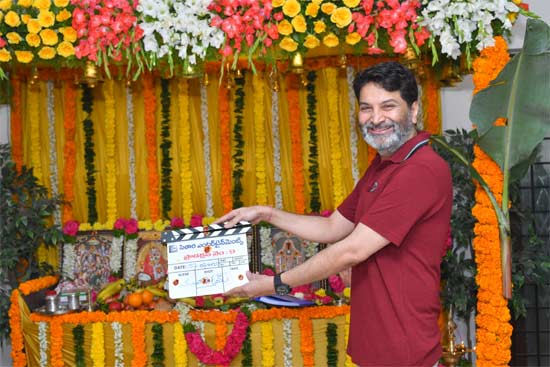 Just yesterday, we had revealed that Master fame, Arjun Das was roped in by Sithara Entertainments for their next. Well, the film was launched today in Hyderabad with a small Pooja ceremony.

Star director, Trivikram Srinivas launched the film and wished the team. Not many know but this film is the official remake of the Malayalam hit, Kappela starring Anna Ben.

Siddhu Jonnalagadda and Arjun Das will be playing key roles and the heroine who will be doing the major role is yet to be finalized. Shourie is going to direct this film whose shoot will start soon.